Attention US Dreamers: essential information you must know before heading North to Canada
By Stephen Fogarty • September 12, 2017 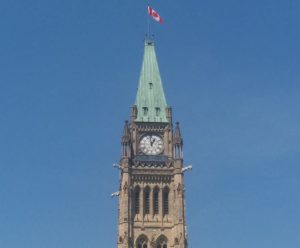 On September 5th, 2017, the United States’ Attorney General Jeff Sessions announced that the Deferred Action for Childhood Arrivals (DACA) program was being rescinded, with a six-month phasing out process. It was left open for the US Congress to enact legislation to grant legal status for the approximately 790,000 persons residing in the USA under the DACA provision. These persons are often referred to as “DREAMers” in America.

DREAMers and their family members affected directly or indirectly by the DACA cancellation should consider Canada as a possible alternative location to secure their futures. Here are some essential points to know.

As we explained in a recent Blog concerning the influx of Haitians claiming asylum in Canada, despite rumours floating around the Internet, Canada has not relaxed all its immigration rules. There is no automatic immigration status being granted to persons residing in the USA who decide to enter Canada. Our asylum system is based on the UN Convention and its protocols. Persons who are mainly seeking improved work and family opportunities, and are not facing persecution in their home country, are very unlikely to be accepted in Canada as refugees.

DREAMers should not despair! Although they are unlikely to qualify as refugees, many of them could have a good chance at acceptance under Canadian permanent residency rules, as skilled workers, for example.

Depending on their employment history, DREAMers who worked in the United States with legal permission under DACA may find that their experience counts for immigration points for Canada. Similarly, those who studied legally in the United States may be able to gain further points on the evaluation scale. Additional points might be awarded for the work and education record of their spouse or common-law partner, and for having minor children. The age of the adult applicants is another factor considered.

All persons applying for Canadian permanent residency as skilled workers must demonstrate they have the requisite skill levels in the English or French language. This proof is obtained by passing a language test through an approved language testing service. Contrary to the rules for employment and education history, it is not relevant for language testing what status the person may have had when they gained their language skills. All that matters is that they pass the approved test with the required level of proficiency set out in Canadian immigration rules.

What should be done next?

Canadian immigration rules are complicated. All persons, including DREAMers, are well-advised to seek professional help to evaluate their situations to determine if they qualify and then be guided through the application process. It would be a shame to embark on a new legal journey only to end up with a negative result, especially considering what was just experienced in the USA with the DACA announcement.

We are happy to assist new clients who are serious about securing a better future in Canada. If you know of anyone who might like to obtain more information or have a detailed consultation, they are welcome to contact us.