Your trusted advisors are right here. 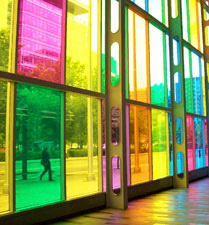 We are your trusted advisors, not only your lawyers. Consider us as your opportunity enablers, your professional problem solvers.

We will be loyal and honest with you. We will not only help you apply for what you want, but when necessary, advise you to avoid or delay taking an important step, if acting then would be against your best interests. Such situations call for creativity. This is where short-, medium- and long-term approaches become key, so we can help you adjust and work toward your most important goals. How we do this is discussed more fully on our “About You” page.

We have an extensive network of other professionals, both inside and outside of the legal profession, who we may call upon if required to assist for your situation.

We take your relationship with us very seriously. For that reason, in addition to surpassing all the professional conduct norms of the bar, we have detailed, written policies and procedures governing the operation of our Firm. We would expect no less ourselves.

Fogarty Law Firm is proud to act as a major donor (Maestro Circle) of the Montreal Symphony Orchestra (OSM) and as corporate sponsor of the Montreal Shamrocks Gaelic Athletic Association (GAC). 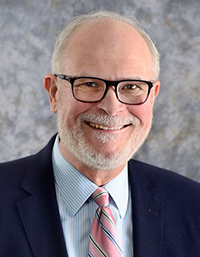 Stephen J. Fogarty is recognized as a leading attorney in Canadian immigration and citizenship law.

He is passionate about helping clients secure their future in Canada. His ancestors came to Canada from Ireland and he realizes the great contributions made by immigrants in building Canada across the decades. Stephen views his role as helping shape the future of Canada, by increasing its expertise, wealth and prosperity, one new permanent resident and new citizen at a time.

Mr. Fogarty is a long-standing member of the Quebec Bar and of the Law Society of Ontario, and has acted as Honorary Legal Advisor to the Embassy of Ireland in Canada. He has provided specialized, accredited training for prestigious associations of lawyers on numerous occasions.

Fogarty Law Firm offers special advisory services for musicians, so they too may secure their futures in Canada. Mr. Fogarty holds a Certificate in Entertainment Law from Osgoode Hall Law School. Stephen’s late mother Mary was a musician by training and she awakened in him a love for classical music, which shapes how he sees the world. Stephen has taken classical violin, music theory and voice classes at the Conservatory of the Schulich School of Music, at McGill University.

Steve Fogarty’s other university education included a bachelor’s degree with honours in philosophy and political science from McGill University, a master’s in philosophy from the University of Ottawa, a licentiate in philosophy from St Paul University, and degrees in common law and in civil law from the McGill Law School. Prior to starting formal studies in law, Mr Fogarty gained detailed practical knowledge of the Canadian government while working for several years as a research officer for the Library of Parliament.

Stephen Fogarty has been involved in the local Irish community for many years.  He has served on other boards of educational and charitable institutions, and as a minor league baseball coach for five years.

He supports public legal education in his role as a Governor of the Quebec Bar Foundation, as well as by giving talks to community organizations, and writing Blogs.

Mr Donovan was admitted to the Quebec Bar in 1977 and heads his own law firm located in Westmount, Quebec. Mr Donovan has served for many years as a part-time Municipal Court Prosecutor, a role he still fulfills, as well as having widespread experience in civil law matters. In recent years he has also focused on legal issues relating to the rights and care of the elderly, a field of increasing relevance due to Canada’s aging population.

Jean-François Harvey is the founding partner of Harvey Law Group. Mr Harvey has been a member of the Quebec Bar since 1992, and during 2002-03 served as National Chair, Immigration Section of the Canadian Bar Association. Mr Harvey’s firm has been operating in Hong Kong and Beijing for many years. In 2008, his firm became one of the first overseas Canadian law firms granted full status by the Law Society of Hong Kong.

Mr Harvey collaborates with Fogarty Law Firm on a regular basis as our special counsel on legal and government matters for Hong Kong and the People’s Republic of China. He also serves as our official agent there when necessary.

Vijay Dandapani is a special business and client services advisor to Fogarty Law Firm, providing insight in key matters such as international marketing, development of innovative services, and maintenance of high business standards.

Mr Dandapani’s passion for his work and expertise has brought him recognition internationally as a leading business executive of New York City, USA. He is President and Chief Executive Officer of the Hotel Association of New York City, and was President and Chief Operating Officer of Apple Core Hotels for many years, and a Director of the American Hotel and Lodging Association.

Mr Dandapani holds a Master’s degree in hotel administration from Cornell University. He has lectured on hotel management and business development issues on many occasions through organizations such as Arthur Anderson, the University of California at Los Angeles, Columbia University, New York University, and the US National Association of Corporate Real Estate Executives.

Mr Dandapani lives in NYC with his wife, Kamini, a well-known musician. His business duties require frequent international travel, notably to his native India, where he continues to have well-established business and professional ties.

Christine Clarke serves as a special consultant to Fogarty Law Firm. Ms Clarke held the position of Data Services Manager for Canada’s leading supplier of portfolio management services and financial data, where she worked for over 18 years. After taking time off to raise her children, she assisted on a part-time basis for a leading non-governmental organization in the field of pre-hospital emergency health care, and provided services in the educational tourism industry. Ms Clarke is also a three-time award winning newsletter editor.

Ms Clarke uses her research skills to provide key information for us on important issues such as, the provision of health care and social services in Canada, world political, social and medical care developments, and other matters.

In accordance with the rules of the Quebec Bar Association, Fogarty Law Firm is not permitted to publish any testimonials from among our many satisfied clients.