Canada is a collection of ideas, not just a physical space
By Stephen Fogarty • June 30, 2020 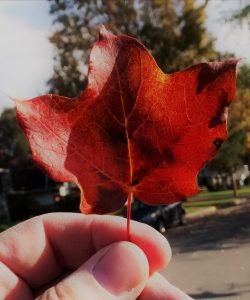 On July 1, 1867, the British North America Act was passed in the UK Parliament, forming the country Canada out of a group of colonies. The British statute’s name reflected an important idea behind the creation of this new country, to help defend the interests of the British Empire vis-à-vis the expanding territory of the United States.  Minority language, religious and educational rights were debated at length leading up to Confederation in 1867 and were reflected somewhat in the agreement reached. Over time, Canada gained full autonomy internationally while expanding to a total of 10 provinces and two, later three territories.

Canada’s perception of individual rights evolved as well, improving generally but with recognized stains on our history. For example, much is still left to be done in reconciliation with the First Nations, Inuit and Métis peoples, and recent calls for action have been brought forward by groups such as BLM, and others. Historically, our immigration policies have sometimes been based on theories that now seem obviously irrational but were advanced in full sincerity by their proponents at those times. This may be illustrated by an interesting article in the McGill Journal of Medicine by Clare Fogarty on the history of medical inadmissibility in Canadian immigration.

It is easy to criticize ideas held by leaders in the past, but they were at least a partial product of their time. Concepts about human rights and the dignity of all persons have evolved over the years, no less than developments in science, industry, public education, and medicine. To put it another way, some ideas, and realities we may now take for granted had not even been thought of yet even 20 years ago. But this does not mean that every “old” concept has no value. Many insights into human nature penned by philosophers and historians from ancient times can speak wisdom to us today.

Although Canada’s record on individual rights has not been perfect, and much work lies ahead, it would be remiss to ignore the fact that people from all over the globe strive to join us every year. The level of new permanent residents to Canada has increased from 227,000 in 2000 to over 341,000 in 2019. Although Covid-19 has slowed down processing this year, there is no reason not to expect that levels will increase in the years to come.

Canada is a magnet to people from all over the world. Our society may not yet be where we wish it could be, but still shines as a bright star in the collection of nations forming our human family. We have many reasons to celebrate the great steps taken in our first 153 years this July 1st. We are an evolving collection of ideas, not just a physical space on our planet.

A personal epilogue – In my work as an immigration lawyer for over 30 years, I have been proud to help thousands of clients build a better future in Canada, as permanent residents and later as citizens. Throughout the process, we have always strived to ensure that the individual dignity and rights of our clients are respected by the authorities. We are ready to help you should you like to seek assistance in realizing your dream of stability, safety, and freedom, in Canada.