Changes to Family Sponsorship Rules in Canadian Immigration
By Stephen Fogarty • May 1, 2011 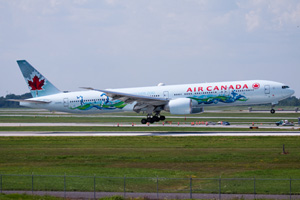 The government of Canada is seeking to implement major changes to the Immigration rules governing sponsorship. Two of the proposals deal with sponsorship of spouses, common law and conjugal partners. The third would modify rules pertaining to the sponsorship of any member of the “family class”.

Curbing abuse of the system

Canadian Immigration wishes to target “abusers” of the Immigration system who use sponsorship as a means to scam their way into Canada.

First, the government wishes to prevent persons, who themselves have been sponsored to Canada, from sponsoring a new (second) spouse, common law or conjugal partner for a period of five years following the date the now new sponsor originally gained permanent residency, and this even if by that time the new sponsor has become a citizen.

Second, the government wants to create a new category of permanent residents. Persons who have been in their amorous relationship for two years or less and are sponsored to come to or remain in Canada as a spouse, common law or conjugal partner will have “conditional” permanent residency status for two years (or perhaps longer) after acceptance. If the new resident splits with their sponsor during the two years following acceptance, the new resident might face removal procedures where Immigration authorities determine that the relationship behind the sponsorship was not genuine.

Why is the Canadian government doing this? This is really an instance of a relatively small group of fraudsters spoiling it for the majority of person who have genuine relationships and want to bring their spouse here.

Canada is trying to deal with an old Immigration game. Sometimes all three players are willing participants in the charade. Let’s call it “Sponsorship Bridge”. We mention Canada but this same game is played out in many countries around the world.

The game may have variations, but often looks like this. An individual, we will call “A”, is sponsored by their new spouse, we will call “B”, or even better “Bridge”, to come live in Canada. The paperwork goes through, and A arrives with permanent resident status to join Bridge. But after only a few months or maybe even weeks, A splits from Bridge. A seeks a divorce as soon as legally possible. To help avoid suspicion, A might throw in allegations of mistreatment. Once the divorce goes through, after waiting a while to make events seem natural, A will wed or otherwise make a show of establishing a recognized relationship with another person, we will call “C”. Then C is sponsored by A to come live with A in Canada.

However, A never had any intention of living with Bridge; in fact, C was A’s love interest all along. They kept their relationship low key. B really was nothing more than the Bridge to the new destination for both A and C.

Notice that since both A and C was sponsored, neither of them had to worry about having sufficient educational levels or job experience to qualify as skilled workers, for example. Eventually, A and C will be able to sponsor their own other family members to join them. They may all become happy citizens of their new country. Not a bad scam if you can get away with it.

As we have seen, B, our Bridge, is the key part of the puzzle.

In some cases, Bridge might be a cousin who is eager to promote the interests of his extended family. Or Bridge might be an acquaintance or a stranger who will receive monetary or other compensation for his assistance. (Remember the film “Green Card”?)

However, more often than not, Bridge is in complete good faith, actually in love, but in the love triangle, he or she ends up with a broken heart, and sometimes a lot more. That’s because in many countries, the Bridge or sponsor remains financially responsible for the new resident (A) for a period of time even after the split. I have seen some pretty painful situations when A has split after a few months and is basically laughing in B’s face, but B has to keep paying for A’s upkeep for three years after her arrival.

Concerns with the proposed sponsorship changes

Some women’s and immigrant rights groups have warned that the proposed new rules amount to discrimination. Why should people be prevented from sponsoring a new spouse for five years when their first marriage really did have problems? In addition, they argue the new rules will create a legal trap for A (usually women) who come to Canada in good faith, but face abuse from sponsor B and/or his family members in Canada.  Such women will be afraid to leave the abusive relationship for fear of being removed from Canada because of the two-year conditional residence rule.

That is a rather vague reassurance. Hopefully there will be clear guidelines and special training for officers deciding such files. For example, it takes courage to leave any abusive relationship, especially when the victim may be from a culture wherein men’s actions are never questioned by women, and/or spousal abuse is the norm. As a bare minimum, the government should ensure that such matters are handled at the screening level by Immigration officers, and not deportation teams of the Canada Border Services Agency.

The government is also proposing to enlarge the circumstances according to which persons will not be eligible to sponsor any family member, not just spouses, for a period of five years following completion of their sentence for certain criminal offences.

For the most part, these proposed changes have been met with approval. After all, if an individual has been found guilty of violent crimes, we as a society want some reassurances that they will not inflict violent acts upon persons they bring to Canada.

This Blog has been written just prior to the Canadian federal election of May 2nd, 2011. Depending on the results thereof, the proposed changes may not all become law or may be modified prior to their adoption.

The official Canadian government announcements for the changes referred to may be found at the following links: