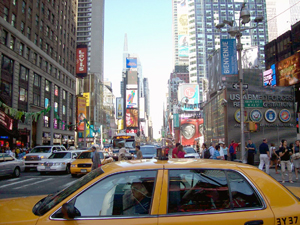 Some would argue that manners are a vestige from the past, and are not necessary in our modern, technology-driven world. I disagree. Manners are standards of social demeanour that exhibit one’s civility and decorum. They provide society with a code of unenforced yet accepted rules to promote communal harmony, and grant us a simple way to express respect towards each other. This courtesy is what separates humans from other members of the animal kingdom.

Manners distinguish different cultural groups, allowing them a social identity. They are used both to give respect and to gain respect, and earn individuals the title of  ‘lady’ or ‘gentleman’. Civilization is entirely reliant on manners, yet with modern society’s negligence of these protocols, we are left in danger of a social collapse. Humankind’s dependence on propriety can be confirmed with three facts; manners fuel relationships, keep society safe, and permit the existence of laws.

Consideration is the foundation of relationships. Whether they are amorous, loving, or business relationships, all healthy social liaisons are sparked by the tip of a hat or a respectful greeting. One could argue that it is getting to know another’s true self that permits relationships; but the reality is that no one wishes to be connected to someone who shows no courtesy to those around them. Furthermore, this lack of class is never received in a positive way. 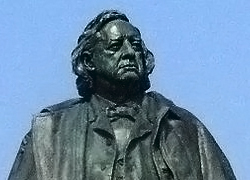 As Henry Ward Beecher once said, “Clothes and manners do not make the man; but when he is made, they greatly improve his appearance.” Beecher understood that women are attracted to men who show respect towards the opposite sex, because it results in a trusting and secure relationship. Business kinship works in a similar way; someone who exhibits no civility to others is not a desired employee, boss, or business partner. Manners are what hold relationships together, and without them, people are distanced from each other, breaking apart communities and society.

People are kept safe by the presence of common courtesy. Through the manners that we are taught as children, we learn to consider the needs of others before our own, which is an important factor in keeping people safe. An example of modern day society’s dismissal of these manners can be seen on roads and is shown by drivers every day. With humanity’s constant rush to attain their goals, people tend to forget the needs of others, and are rude to each other while driving. This conduct has resulted in something known as ‘road rage’, which has earned its own webpage on Wikipedia, where it is described to be, “aggressive or angry behaviour by a driver of an automobile or other motor vehicle.” Road rage has been proven to lead to accidents while driving, causing injuries and even death. This lack of respect that people show towards each other not only illustrates how dangerous said lack of manners can be, but how important manners are in order to keep society safe.

Rules demand respect, and are only of use when they are being followed. When regulations are followed, it means that they are respected. This respect is a form
of politesse that is required in order for rules to be in any way effective. 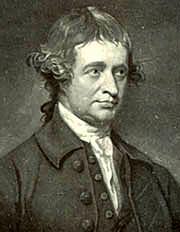 To quote Edmund Burke, “Manners are of more importance than laws. Upon them, in a great measure, the laws depend.”  I completely agree with Burke; regulations can only be established in a society in which manners are present, because without them, laws are useless. Some people may believe that rules are what create manners, but if there is no courtesy or respect among people before policies are put in place, then there is no way for these policies to be followed, rendering them redundant. Without rules comes anarchy, which completely defies the definition of the word ‘society’ in its rawest form.

In conclusion, manners are vital to the existence of any given civilization. Whether it is promoting harmonious relationships, keeping a civilization’s members safe, or permitting the rules of a society to function, respect and courtesy are the foundation of  humanity as a whole. Modern day society’s dismissal of manners is constantly reminding us of the frighteningly possible consequences of our actions. Our lack of appropriate conduct is leading us down the wrong  road, one that will consequently result in the downfall of civilization. What we must focus on is making sure that this corruption does not occur.  How can this be achieved?  One by one, through the exhibition of proper behaviour, and by preaching to the upcoming generations the fact that manners really do matter.