This blog serves in part to update the previous article Canada toughens its Immigrant Investor Program: will a counterintuitive strategy succeed? which we posted on July 14, 2010. 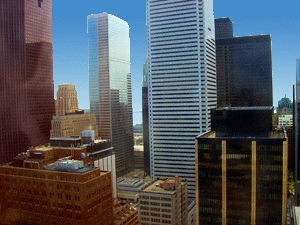 Under the Canadian immigration system, a person who qualifies for and is accepted under the Immigrant Investor route automatically becomes a Permanent Resident of Canada. Other than maintaining residency requirements applicable to all Permanent Residents, no conditions are attached. The immediate family of the Investor obtains Permanent Resident status at the same time. The program has proved very popular over the years and significant benefit to Canada has resulted from the investments made by the approved candidates.

On June 26, 2010, Canada’s Immigration Minister, Hon. Jason Kenney, announced major changes. The amount necessary to qualify under Canada’s Immigrant Investor program was doubling to a personal net worth of CAD $ 1.6 million, while the investment which would have to be made to finalize an individual’s acceptance was doubling to CAD $ 800,000. Since that date, no new applications have been accepted under the Immigrant Investor program while the federal Immigration ministry has been working on new rules and policies to implement the changes.

The weeks following Mr. Kenney’s announcement were a veritable bonanza for the Quebec government’s Immigrant Investor program which continued receiving applications under the older, less-stringent criteria.

Now it is Quebec’s turn to make changes. The Quebec legal and banking communities were caught off guard on Tuesday, October 12, 2010, when the Quebec Immigration authorities announced a moratorium on accepting new applications under the old rules for Quebec’s Immigrant Investor program. The moratorium took effect the next day, October 13th.

The moratorium had been expected but professionals in the field were anticipating a warning period. It is difficult to estimate numbers but there were likely hundreds and perhaps thousands of Investor applications in various stages of preparation for submission to the Quebec authorities which were left hanging.

Under the accord between the governments of Canada and Quebec, the province of Quebec has the power to select immigrants for settlement in that province. The accord provides also that the investor programs under both jurisdictions should be harmonized as to their general standards and practices.

In the past, the general principle of harmonization of the two programs has not resulted in Quebec’s program being a virtual clone of the Canadian one. There have been some differences in administration as well as in finer points regarding determination of an individual’s acceptance. So in some cases, a legal advisor might have counselled a client to choose one program over another. Another factor was the processing delay which has frequently been faster under the Quebec Immigrant Investor program.

It has been nearly four months since Minister Kenney’s announcement last June and we still do not know when the Canadian government intends to implement its new Immigrant Investor program. Nor do we have a complete picture of the new rules. Quebec really had no choice but to stop accepting applications due to its legal requirement of harmonization with the federal scheme as well as practical issues, including that the increased volume of Investor applications over the last few months was going to endanger Quebec’s efforts at rapid processing of such files.

No one likes uncertainty, least of all businesspersons. We hope that the Canadian and Quebec authorities will work efficiently to finalize the details of their new Immigrant Investor programs. In our July 14th blog we commented that the wisdom behind the decision to double the qualification and investment amounts to $ 1.6 M and $ 800,000 respectively was difficult to understand given the world economic outlook. That outlook has not changed measurably for the better in recent months.

If Canada and Quebec are unable to put their new program into place quickly and couple it with a solid marketing plan, literally thousands of potential investor clients may opt for immigration to other countries. Such savvy and experienced businesspersons will not wait for Canada forever. The longer the delays in finalizing the Immigrant Investor programs, the more likely that Canada and Quebec’s reputations in immigration matters will be tarnished by this uncertainty. This is not the type of atmosphere conducive to attracting the immigration essential for Canada’s continuing economic development.