How long should my Canadian immigration appeal take?
By Stephen Fogarty • May 28, 2019 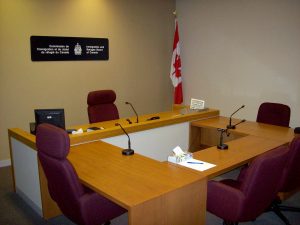 Until recently, the answer to that question was, far too long. In fact, delays at the Immigration Appeal Division (IAD) of Canada’s Immigration and Refugee Board (IRB) had reached three years or even longer to have a hearing for sponsorship, residency determination, and criminality appeals.

However, according to the new service standard announced by the IAD effective April 1, 2019, the delays until a hearing or other resolution of an appeal should average one year in 80% of cases filed starting from that date. In addition, the plan is to finalize the inventory of appeals filed prior to April 1st by early 2020.

This is welcome news. In my Blog “Long delays damaging integrity of Canada’s immigration appeal process” from May 19, 2017, I wrote, “These long delays risk bringing the integrity of the entire immigration system into disrepute. The appeal system enacted by Canada’s Parliament as a safeguard against possibly unfair decisions by individual officers has become so inefficient that it is no longer a viable option for many people.”

Now that the delays will be reasonable, individuals should once again consider an appeal at the IAD as a real possibility for their overall immigration strategy.

Filing an appeal may now be especially attractive in sponsorship situations, rather than making a new application following a refusal by the visa office, which might result in a second visa office refusal. Another factor in sponsorship matters is that by not appealing a negative visa office decision, your rights to file a new application to bring your loved ones to Canada may be limited due to the legal principle of res judicata, also known in Canadian law as chose jugée. (We will discuss this issue in a future Blog.)

The shorter delays at the IAD will also be important in residency appeal files, and for criminality appeals. In sum, persons affected, and their families, will no longer have to put their lives “on hold” for overly long periods of time while facing the stress of an uncertain future all along.

Thus, if you have received a refusal in your immigration file, it is in your interests to consult a Canadian immigration attorney for an analysis of your situation. Remember, there are strict legal delays in which you may file an appeal at the IAD!